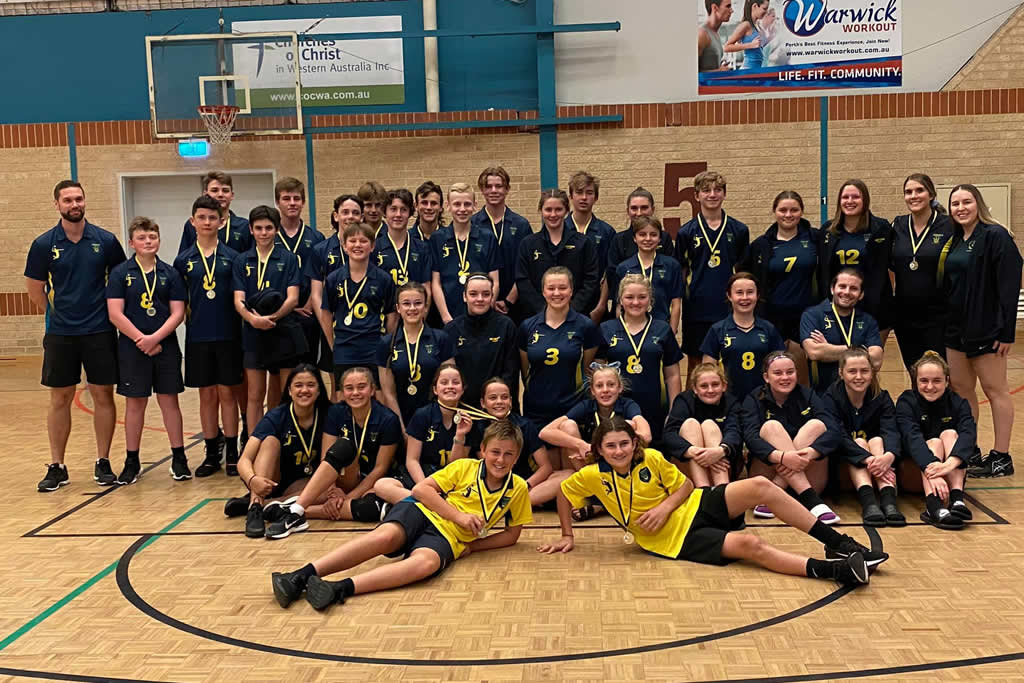 Over the weekends of the 21-11 August and 10-12 September, we had 9 teams represent Merredin College at the Schools Volleyball Cup events in Perth. We could not be prouder of our students, all of our teams played exceptionally well all competing in the semi-finals for their divisions. This is a huge achievement and they all represented our school with the utmost sportsmanship.

Congratulations to our winning teams bringing home Gold Medals for their Divisions:

YEAR 8 BOYS who won the gold in the Honours division in a five set game against Rossmoyne Senior High School. This puts them as the top Year 8 boys school team in Western Australia. Well done to Judd Major for winning Most Valuable Player.

YEAR 7 GIRLS team who took out the gold in their final against Harrisdale Senior High School winning 2:1 in B division.

YEAR 9 BOYS who came away with gold against Rossmoyne Senior High School in their final in A division wining 2:1.
Well done to Campbell Gardiner for winning Most Valuable Player for this division.

Congratulations also to our Silver Medalists for their Divisions:

YEAR 10 BOYS who played in the Year 11 competition (as well as the Year 10 competition) won Silver in A division being defeated by Prendiville 2:0.

YEAR 10 GIRLS who played in the Year 11 competition (as well as the Year 10 competition) won Silver in A division being defeated by Penrhos 2:0.

YEAR 12 GIRLS who won Silver in A division. The girls played exceptionally well to get into the grand-final but were defeated by Margaret River SHS 2:1.

Also a great result for our other teams:

A special thanks to Mr David Pirovich (Physical Education Teacher) for coordinating the events and to the staff members who took on coaching roles spending extra time out of work time for training sessions after and before school in preparation, giving our students the opportunity to compete in such a major tournament. Merredin College is very proud of you all!!