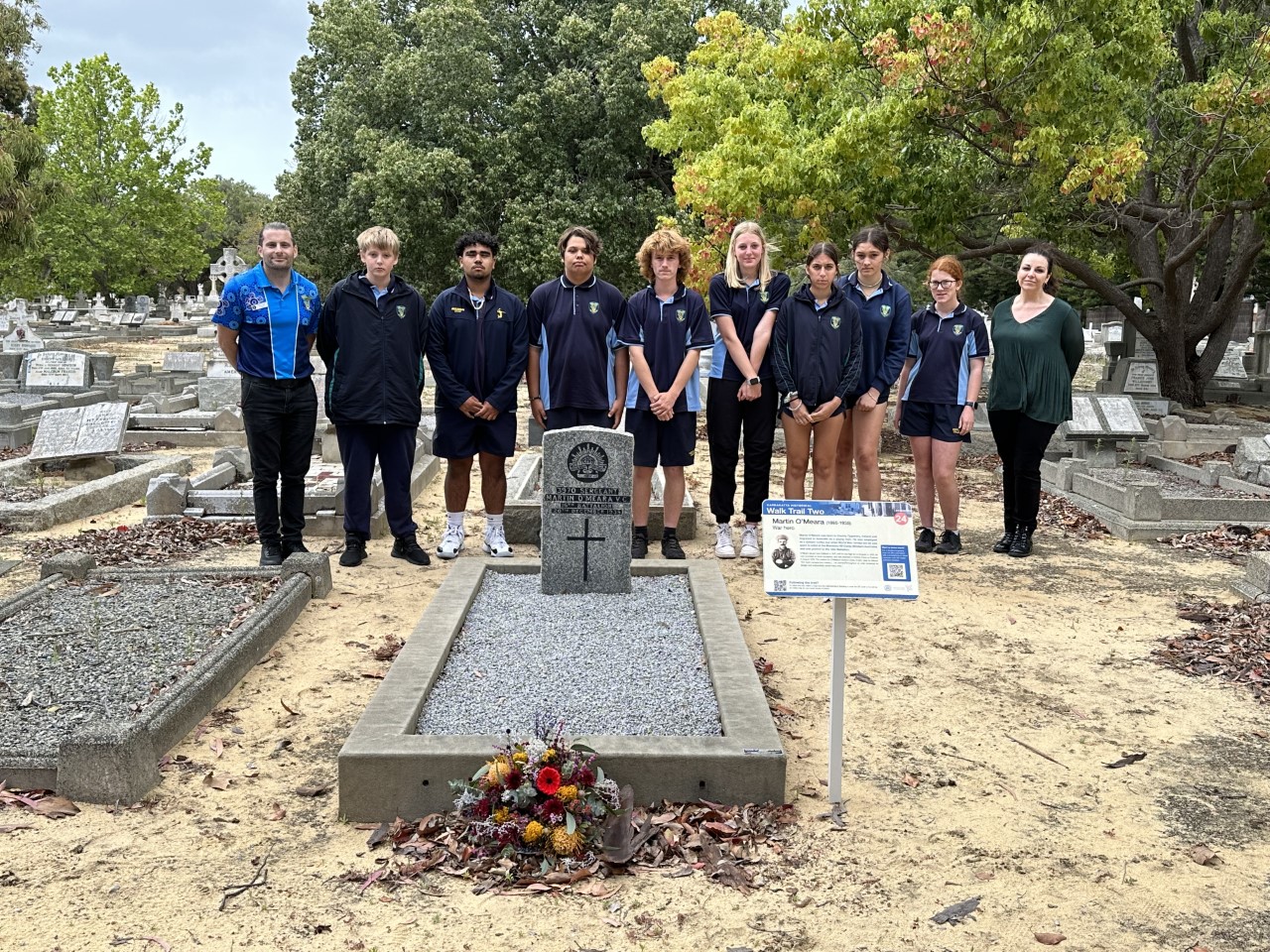 In Term 4, the Year 9 Drama students participate in a unit that is based around ‘Learning Through Imagined Experience’. This is a process that allows them to use their imagination to experience events in settings outside of the real time and place. This unit specifically allows them to join young Australian soldiers as they are recruited, train and are deployed in Pozieres, France during WWI. This gives background to the students before they begin WWI in HASS and subsequently the ANZAC assembly next year. During the Role play they become friends with a man known as Martin. Over the course of the role play they witness and support Martin’s actions until they return home with him at the end. Unbeknownst to the students, the character Martin is actually based on Martin O’Meara, a West Australian Victoria Cross recipient. The students witness and experience all of O’Meara’s achievements and witness his descent into insanity after returning home as a result of ‘Shell Shock’.

At the conclusion of the role play, the truth is revealed to the students about the life and bravery of Martin O’Meara. The class then went on an excursion to Perth on Friday 18th November to visit his Victoria Cross medal in the West Australian Army museum, lay a wreath and have a service at his gravesite in Karakatta Cemetery, followed by Lunch at King’s Park to visit the site of his place in the circle of remembrance.