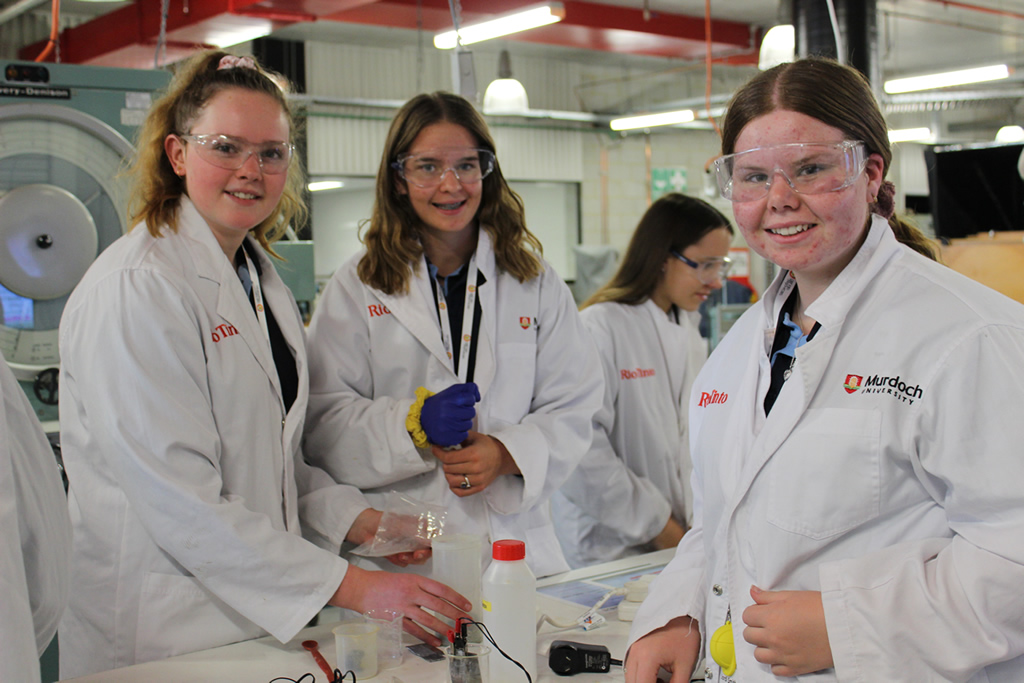 A very early 5.30am start saw 19 bright eyed Year 10 students and blurry eyed Mr O’Neil, Mrs Sutherland and Mr Wallace take off for Perth. The boys were very chatty from the start and we were all ‘treated’ to some on bus Karaoke.

Once we arrived at North Metro TAFE the students were split into two groups with one group following a ‘Trades’ pathway and the other group looking at the ‘Professional’ pathway. Both groups got to experience hands on activities. The hi-lights for the students was extracting copper from solution, and a presentation by a mine site Emergency Response team , where the students were excited to have a go at using the ‘Jaws of Life’.

The trades group had to make a landing pad that would prevent an egg from cracking when dropped from a height. The Merredin College students held the record for the week creating a soft landing pad that allowed an egg to drop from over 3 meters and remain intact, well done guys!

Other activities included students programing a remote buggy, the presenter explaining that she does exactly the same thing to program driverless dump trucks on mine sites. Students also enjoyed going into a simulated underground mine site and watching a simulated mine blast.

On our return, more Karaoke and most of the boys seemed to eat their own weight in biscuits. Several students said they found the Expo interesting and that they hadn’t realised there were so many jobs related to the resources industries. So even though it was a very long day (we arrived back in Merredin 6.00 pm) students were inspired by what they had experienced.