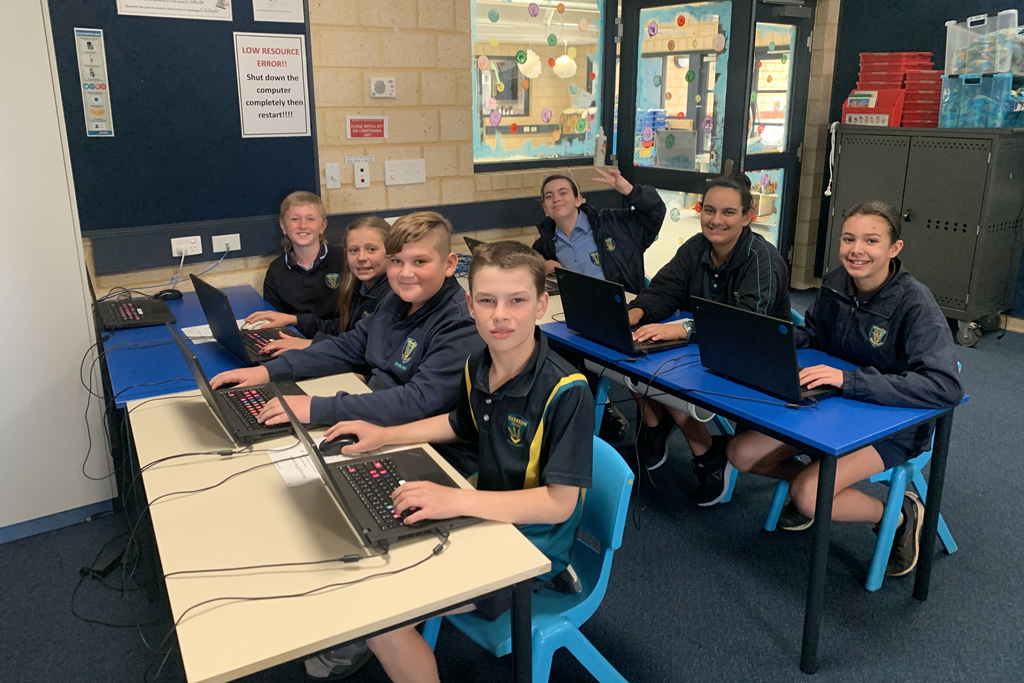 In the lead up to, and during NAIDOC week, the Year 6 class completed a challenge run by Indigital Education and Indigital Excellence. The challenge was to address the question ‘How might we build sustainable schools, cities, towns, or communities in 2030 using Indigenous science, technology, engineering, arts and maths. During this challenge we learnt a lot about Indigenous sustainability practices, important and specific information relating to Merredin, and during NAIDOC week were lucky enough to travel to the reserve to hear some stories and learn some past cultural practices.

The challenge had two parts to it. The first part was an Augmented Reality character that we had to design in Paint 3D. We then wrote a short narrative to explain the story of how that character contributed to the world of Merredin 2030. Merredin College submitted Milla Kett’s AR character and narrative. Her character told the story of a Njaki-Njaki woman who was the creator of a Merredin cultural center, a fully solar powered building. This center focused on celebrating and acknowledging the life and work of Noongar people, particularly Njaki-Njaki. The centre would project interviews of local elders and digitally kept the oral stories of the Njaki-Njaki people. The centre would hold regular story time sessions for young people and included sessions with Noongar artists in residence. The goal of this centre was to keep the Njaki-Njaki Noongar culture alive. There were 25 schools competing in the competition and Milla’s narrative received runner up in the competition which won the school a $500 STEM gift voucher.

The second part was to build a more sustainable, detailed 2030 World in Minecraft that used Njaki-Njaki Noongar STEAM – science, technology, engineering, arts and maths. The world had to overcome and face a challenge or multiple small ones. The team that produced the world for Merredin College, was a team of 5. Students in the team include Amalia Tollarzo, Jayden Spencer, Matthew Pitout, Jacob Billing and Jackson Russell. They also received runner up in their category. These students designed a future school that included an incubation room to teach students how to care for and reintroduce locally extinct or endangered native animals. It had classes that taught about the issue of salinity, and how the planting of deep rooted native trees will help to lower the water table. As well as a science class that taught about the importance and safe use of fire to rejuvenate land. Another classroom of importance was the cooking and culture class, where students learnt Noongar history, learnt farming practices using the school farm, and were taught Noongar practices of how to cook using what comes from the farm or off the land. The school also had control of a drought system that would ensure should there be a drought, water could be supplied to farms and town. The 2030 school ran on solar and wind power and included electric buses that could be charged at school. The school was surrounded by Merrit Trees and other trees native to Merredin. The world had NPCs (Non Player Characters) that introduced you to the different classrooms and when the player typed “what country am I on?” A large sign appeared in the sky saying ‘Njaki-Njaki country’.

We really enjoyed this challenge and were grateful to be a part of it.